Read Customer Reviews & Find Best Sellers with Deals on Concept 2 Rower for Sale Browse Our Extensive Fitness Selection. Get the best concept 2 rower deals & discounts in one place! Let Us Be Your Guide To The Great City Of Atlanta. Concerts and Shows In Atlanta Georgia atlantaconcerts.us
You are in: Homepage > About > People > Remembering Valerie Boyes 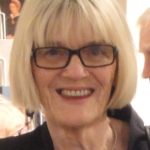 Valerie was a great friend and champion of the Museum of Richmond. Her support, energy and expertise will be greatly missed.

To celebrate the life and work of this remarkable woman, in the Spring of 2021, the Trustees of the Museum of Richmond ran a fundraising campaign for a memorial bench to be installed on Richmond Green, in the heart of the community Valerie loved and for which she did so much for. 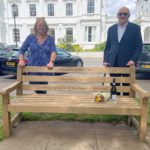 In May 2021 we were delighted to announce that our fundraising campaign for the Bench was successful and that the bench now has been installed.

We were even able to raise a little extra, which we be used to create new resources for schools, which will entitled the Valerie Boyes Legacy Project.

Many thanks to Trustees Suzanne Lap and Rose Barling for being instrumental in the success of this project.

VALERIE AND THE MUSEUM OF RICHMOND 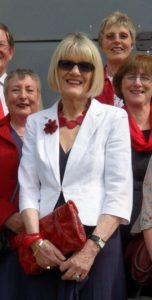 Valerie was involved with the Museum from the very point that a group of local residents set up a steering group (with Richmond Council’s blessing) to plan a Museum for Richmond in 1983. Valerie as a teacher and Founder Member of the Museum advised on how the Museum could shape Richmond’s rich history and deliver an education service for local schools as well as providing an outreach service.

Valerie joined the Museum Board of Directors in 2006 and two years later became Chair. During the following five years Valerie’s knowledge and energy benefited the Museum in numerous ways. She worked incredibly hard to raise the Museum’s profile, enlist support, raise money, and negotiate with the Council about the possible development of the Old Town Hall to win a better space for the Museum. She successfully raised funds for the refurbishment of the museum, which took place in 2011, and she was instrumental in the production of the museum’s domestic architecture AV presentation. She was also involved in all aspects of the Museum’s daily life, supporting the staff from the boring and practical to the strategic and ceremonial.

Throughout all this, she was helping with the museum education service and researching, writing and compiling many of the booklets for the Museum temporary exhibitions. She was justly proud of the exhibition and accompanying book ‘Trading in Human Lives – The Richmond Connection’ where she researched and wrote the untold story of the black presence in Richmond. In 2012 Valerie helped Sue Barber, the then Curator, to create an exhibition to celebrate the Queen’s Diamond Jubilee ‘Happy and Glorious. Popular Royal Celebrations and Commemorations in Richmond’.  Valerie’s work with the Old Burial Ground Group, clearing and recording the older gravestones in the Richmond Burial Ground, provided rich material for the Museum’s exhibition ‘Living and Dying in 19th Century Richmond’ in 2013.

Valerie continued to support the museum with her local history research and writing after she left the Board. One of her lasting achievements was the WWI Poppy project in The Alberts when she researched the names on the Richmond War Memorial; she discovered that many of the young men lived in one area and persuaded the residents to display a poppy with the name of the fallen soldier in their windows.

Valerie’s strength and drive on behalf of the Museum over many years enabled it to survive and thrive in equal measure. The Museum has lost a great supporter, friend and champion and she will be greatly missed.